We’re just a couple weeks removed from the official reveal of Nintendo’s seventh home console and/or sixth handheld console: the Nintendo Switch. So far, gamers and fans are taking to it pretty well with the majority of early reactions being hesitantly enthusiastic. We don’t know everything about the system yet, but we at least know enough to start answering some of the Switch’s remaining questions. What? You thought the speculation period was over? Not a chance.

One of the most discussed aspects of the Switch, aside from horsepower, is its game library. It was hard in the beginning to discuss the console’s library due to us not knowing that much about the console. We had an idea of it being a hybrid system, but didn’t know how it would look like or Nintendo’s plan for both first and third party support. Fortunately we have seen it for ourselves, and Nintendo was even kind enough to provide a full list of third-party developers who are confirmed partners of the system. 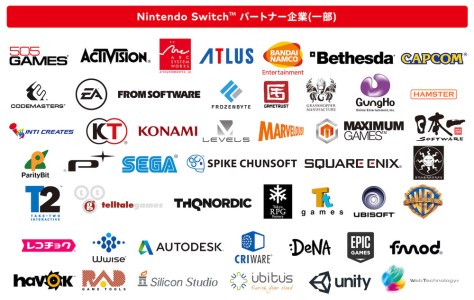 Currently, about twelve games have been confirmed for the system. Using this expansive list that Nintendo provided and the little we know about the console, I’m going to predict some of the games I believe will eventually come to the Switch. END_OF_DOCUMENT_TOKEN_TO_BE_REPLACED