Welcome back to The Ranting SBox’s Annual Movie Countdown (2017 Edition)… or as I like to all it, the 2017 Movie Countdown. For those who are joining us for the first time, this is Part 2 in a 4 part mini-series here at The Ranting SBox blog, where I go through all the 36 movies I saw in the year 2017 and rank them from worst to best. To see the full list of movies I’ll be covering during the countdown, click here. While you’re at it, feel free to catch up on the countdown by checking out the previous installment here.

Last time, we went through some of the year’s less savory offerings as well as some movies I was personally disappointed by. This time it’s time to kick it up a notch with this category simply called “The Good”. The following 7 movies are ones that, while far from excellent, I had a good time watching. What separates a movie in the “Good” category from something in the “Mediocre” one is the element of recidivism. Would I watch this movie again willingly? If the answer to that question is yes, then those films are included here and beyond.

As always, keep in mind that this list is entirely my own, and that this by no means takes into account every movie that came out last year. These are just my personal choices out of the 36 movies I’ve seen last year. So, without further ado, let’s dive right in.

Here’s an example of a movie I had very low expectations for. I’m a fan of DreamWorks, but some of their concepts are better in execution than they are at first glance, as was the case for The Boss Baby. The way the movie handles the topic of dethronement was really clever, and the boss baby himself (who I initially thought would get annoying) was actually very endearing. In fact, the camaraderie between the baby and the main boy may be the best part of the movie, along with the decent jokes and heartwarming story. On top of that, it had an awesome cast that includes Alec Baldwin, Jimmy Fallon, Lisa Kudrow, and Tobey Maguire who all do a great job.

This is a movie I’m glad I saw. It may not be a must-see, but it’s one I’ll probably find myself seeing again. 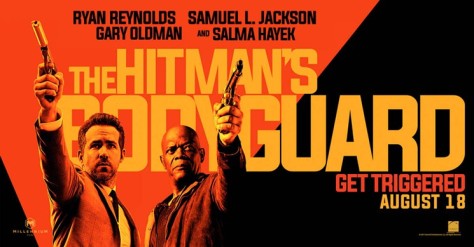 Another movie that could’ve easily been a lazy piece of trash, this one was way better than I was expecting. A good purposefully dumb-fun action flick can be hard to come by as a lot of studios tend to miss the mark on what makes those kinds of films work. Hitman’s Bodyguard, on the other hand, hits that mark just right. The comedic duo of Ryan Reynolds and Samuel L. Jackson is genius, and the movie perfectly allows that comedic chemistry to shine. Plus, the performance of Salma Hayek was next level hilarious. Really, what this movie did right was provide the correct amount of plot and setup to allow the actors to do their thing. I’d highly recommend this for a lazy afternoon. Not something you have to see, but something you’ll enjoy well enough.

Bad Moms was one of my favorite comedies of the last year. I found it clever, brilliantly cast, and funnier than it had business being. So, when it comes to its “holy shit, how does this exist already” sequel, I feel generally the same way. Admittedly, the first one is funnier, but there’s still a lot to like here if you enjoyed the first one. I can’t deny the fact that I really like seeing this trio — Mila Kunis, Kristen Bell, and Kathryn Hahn — on screen together. Hell, even apart they have really good personal arcs when it comes to each mom’s relationship with her crazy mother. Even if I wasn’t laughing as hard or as frequently as I did the last one, I was still interested to see how those 3 got through their individual holidays. Additionally, any movie that can give me the Christmas spirit is one worth keeping around and seeing the following year. 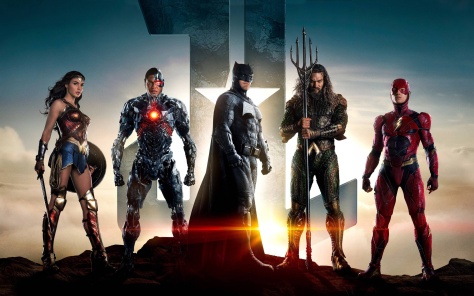 Perhaps the most talked about movie of last year was the infamous and mysterious case of Justice League. How the hell did DC’s Avengers underperform so spectacularly? By now, all 10 of you who went to the theater to see this have your opinions on the film, and as you can see I land more on the positive side. I recognize that this movie should’ve been a ton better than it was, especially coming off the monstrous success of Wonder Woman (which we’ll get to soon enough). Alas, the movie became the victim of too many cooks in the proverbial kitchen, a lack of direction, and corporate pride being placed over giving the movie the time it needed to be great. The end result was something enjoyable, sure, but also clearly rushed and conflicted on the kind of movie it wanted to be.

Do I think you should see Justice League? Yeah, I think the movie is worth a shot at the very least. I know I’ll end up seeing it once or twice more in the future. Just have leveled expectations if you do.

For a more detailed look at Justice League, check out my full review here. 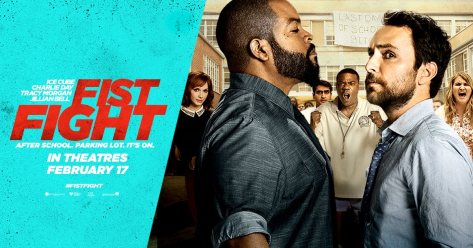 Thank God this movie turned out to be good. This is one of those comedies that take place in a blatantly crazy universe with cartoonish scenarios and wild ass events, and I loved every second of it. I love the world this movie exists in and how it brings the comedy to a whole new level. The rivalry between Ice Cube and Charlie Day is everything you could ever hope for and more. The supporting cast of Jillian Bell, Tracy Morgan, and Christina Hendricks works wonders. The plot… surprisingly has some clever commentary on the failing school system. And when you get to the grand finale of the fist fight in questioned, it’s totally satisfying, off-the-wall, and fun. That’s a good way to describe this movie now that I think about it. It’s satisfying, off-the-wall, and fun. 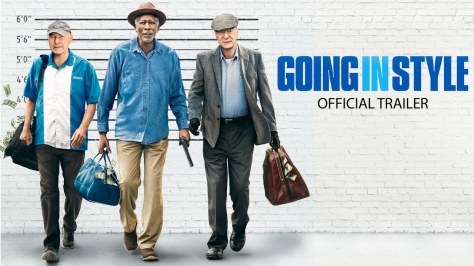 This is another movie I walked into and didn’t see fully, but figured I’ve seen enough of it to put into the countdown. The best way I could describe Going in Style is as a feelgood heist movie. More emphasis on the heist part, but there’s plenty of elements of the feelgood genre here, too. And the combination really works thanks in part to the main cast. Morgan Freedman, Michael Caine, and Alan Arkin are phenomenal here, playing their characters so perfectly you can’t help but root for them to pull this off. The story and how things break down (especially towards the end) is gripping and even a bit intense. The comedic elements, such as with the side-character of Christopher Lloyd, work fairly good. Really the whole package of this film works just right. Not sure if fans of the original 1979 version would agree, but this is a movie I’m going to see again… get it? It’s funny because I’m lame.

#21: Jumanji: Welcome to the Jungle

If it’s alright with you guys, I’d like to start this movie with a fun fact. Believe it or not, this is technically Jumanji 3. Where’s Jumanji 2, you may ask? Well, if you remember the movie Zathura from 2005, that was actually based on a 2002 book which is a sequel to a 1981 book titled (you guessed it) Jumanji, which the 1995 Robin Williams movie is based on. Just a bit of trivia from me to you.

Anyway, Jumanji 3: Welcome to the Jungle is a good movie despite a concept that sounded kind of stupid on paper. Its strength lays in the performances of the main 5 actors and how most of them are playing against type. I especially enjoyed The Rock playing the wimpy nerd in a behemoth’s body and Jack Black’s playing a teen girl in a man’s body. That’s not to take away from Kevin Hart, Karen Gillan, and Nick Jonas, though, who are all fantastic as well. The performances are the main source of the film’s comedy and it works like a charm. The only thing keeping this off the upcoming “Great” category is that everything else about the film was just serviceable. Particularly, the story was incredibly paint-by-numbers and predictable. However, for a comedy that’s 100% fine. Don’t be afraid to give this one a go.

That’s all for this installment of the 2017 Movie Countdown. We are now 16 movies down with 20 to go until we reach the coveted #1 movie of 2017. Curious to see which one that’ll be? Be sure to check back every Sunday to see the list progress; or just follow The Ranting SBox blog by email or through WordPress to know when new posts are uploaded.

Also, let me know in the comments what you thought of any of the movies I’ve mentioned so far. Do you agree with my take? Disagree? Feel free to let me know? I hope to see you next time when we cover the next 10 movies in a category simply called “The Good”.