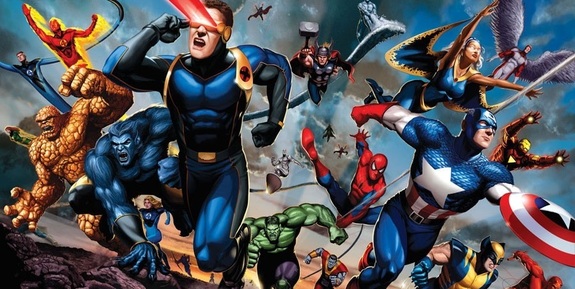 While the MCU is massive in terms of characters — Thor, Daredevil, Spider-Man, Black Panther, etc. — most fans know that the series is missing a few key characters. These characters — the Fantastic Four, X-Men, and Deadpool — have been notably absent from the ever-growing Marvel film playground despite having a great amount of importance in the comics. This unfortunate reality has led many to hope for a day when these FOX-owned properties will be reunited with their friends over at Disney. But where could these characters fit if and when they do come back into the fray?

In this 3 part miniseries, I plan on tackling this question with each of the FOX-owned Marvel franchises, discussing some of the ways Marvel Studios could merge these characters into the MCU. In a previous post, I discussed Marvel’s First Family, the Fantastic Four, but now comes probably the most challenging characters to work into the MCU plot, the X-Men. Oh boy! This is gonna be a tall order.

Before we start, let’s cover 3 minor details. First, I am excluding Deadpool from this conversation. Yes, I know he’s technically an mutant and all, but he’s an entirely different conversation altogether. That’s why I’m saving Deadpool until the next and last part of this series. Second, I will be accounting for the possibility that the X-Men would or wouldn’t be theoretically rebooted within the MCU. I personally believe the former is likely, but I’ll consider both scenarios. Finally, I am aware of Kevin Feige’s comments regarding the MCU moving away from Earth in future installments in favor of the cosmic side. I mentioned in the previous installment how Earth being less of a factor doesn’t mean it won’t be a factor at all. Feel free to check there if you want to hear why.

I’ve prepared 6 methods Marvel could use to merge the X-Men and Avengers universes together. Some involve big event films, others just single characters.

I decided to not start with the obvious comic line to base a crossover on, and you’ll see why in a second. Now, I’ve went on and on about why I think Secret War is a great idea in my last post, but it bares repeating. Secret Wars not only fully introduces the concept of alternate realities to the MCU, but also allows us to use the X-Men in a way that won’t disturb FOX’s already successful X-Men series. It also gives us an excuse to have non-canonical fun with both series. You can bring back fallen characters, throw in alternate versions of already existing characters on both sides (*cough* Old Man Logan *cough* Miles Morales *cough* Quicksilver *cough*), and reset both universes however you’d like to allow for future crossovers.

Such a move would be best implemented after Avengers 3 or 4. I’m not that fond of this being Avengers 4, tempting as it may be, but would love to see this 5 or 10 years down the road as a celebration of everything Marvel in film form. One big extravaganza and reunion of characters old and new. My only contingency when it comes to this idea is that if they choose to go in this direction, they have to go all out. Bring the Fantastic Four with them.

The only reason I didn’t say this outright is because of its storyline. Not that it’s bad or anything, but it rests on the idea that the mutants already exist within the MCU. This is where things start to get complicated.

On one hand, this is fantastic set-up for an Avengers 5 or 6 down the road. In this context, the mutants are all banished to Utopia (which could explain why the mutants have gone unmentioned thus far), and they end up in a scuffle with the Avengers over the return of the Dark Phoenix (more on that soon). The story also happens to feature Scarlet Witch and Captain America heavily, which would ease the connection on the MCU side. Plus, on the FOX side you can open the floor to other X-Men like Cyclops and Emma Frost to become focal characters aside of Wolverine, Professor X or Magneto.

There are a ton of opportunities to be had with adapting this storyline, but it would theoretically come at a cost of the already existing X-Men movie series. Depending on who you are, that’s either a good thing or a bad thing. To me, though, it’s also the less realistic thing. Unless the next few X-Men films fail terribly, I bet it’ll be in Marvel and FOX’s best interest to keep that series alive. That’s why my personal preference leans towards this occurring after an introduction has already taken place. However, I’m not Marvel Studios, and I’m not 100% sure I realize the potential for them to reveal the mutants in-universe correctly. So, I’m more than willing to accept this as the best way to introduce the characters within the MCU.

With the big event comics out of the way, the remainder of my theories will revolve around singular characters who have the potential to introduce the X-Men in the MCU and vice versa. The first option comes from the X-Men side of things with one of the most powerful beings in all of Marvel.

The Dark Phoenix was first brought to the big screen in X-Men: The Last Stand as the evil alterego of Jean Grey. This occurs when Jean is possessed by the Phoenix Force, which is alien in origin and can give great power to anyone who possess it. Among its laundry list of abilities, it also has the ability to change parts of the universe and even destroy them at will. I believe you see where this is going. In theory, the Phoenix Force could be the key to uniting the two universes, traveling through hyperspace to wreak havoc on the MCU. Due to this being unlike anything the Avengers or Guardians have ever fought, Doctor Strange enlists the help of those from the Phoenix’s world of origin, the X-Men Universe.

And wouldn’t you know it? X-Men: Dark Phoenix is already underway with Sophie Turner reprising her role as young Jean Grey. So, you wouldn’t have to go through the trouble of developing the Phoenix outright. Simply place her in the MCU and BOOM! Crossover achieved! And what an awesome follow-up to Avengers 3‘s Thanos.

The newest main player in the MCU, the Sorcerer Supreme brought a new layer to the MCU with the introduction of extra dimensions as well as sorcery. Doctor Strange can turn back time, bend reality, and travel across universes and even realms as evidence through his appearance in Thor: Ragnorak. We’ve already seen it happen and we’re bound to see it again. And he may be the only character currently seen in the MCU capable of crossing into the X-Men world.

I already mentioned that the Phoenix Force would be a good excuse for Strange to pull on that thread, but a number of things can also cause him to just pop-up there for the hell of it. I’ll just leave that to your personal imagination.

I’ll admit I’m totally stealing this idea from Screen Junkies, but it’s too good of an idea to not mention.

Scarlet Witch is among the most powerful beings in the Avengers as evidence through Civil War. She is also the only known living mutant in the MCU. That’s not acknowledged for obvious reasons, but it’s true. In fact, she’s such a powerful mutant that when she famously said “No more mutants” in the comics, all the mutants were wiped off the face of the Earth. That’s some intense shit right there. It’s that kind of power that makes her vital to this conversation.

You see, if Wanda has enough power to eliminate all the mutants from existence, could she also be capable of the opposite. If she were to tap into that power and say “Mutants” would mutants now roam the MCU earth? It’s an interesting concept, and one I’d totally love to see. I’m not sure what would compel her to say the word, though. Maybe Doctor Strange. Maybe Thor. Maybe Vision through the Infinity Stone. Whatever the case, it’s a cool idea. 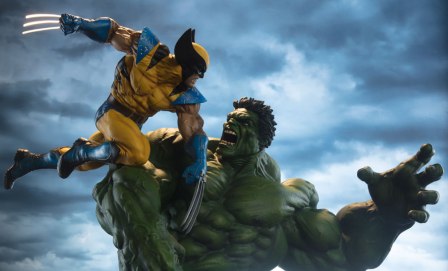 Finally let’s consider something that will most likely never happen. The basic idea is to introduce the X-Men in a standalone Hulk movie. I know how random and strange (not to mention improbable) that would be, but hear me out. I think you’ll enjoy this.

Riddle me this, true believers. Who is the most famous Hulk villain of all-time? Some would say Abomination or Red Hulk, but you know who comes to my mind? Wolverine. That’s right! Turns out Wolverine’s first full appearance ever was in The Incredible Hulk #181 where the two fought each other and on the same side. This is certified proof that life is awesome, and it must be seen in theaters now. Revealing the mutants through Wolverine and in this way is not only a great nod to the comics and creates a gradual lead-in to Avengers vs. X-Men, but would look amazing in film form.

Again, the odds of this happening is nearly impossible. At that point, this is no longer just a matter of FOX and Disney, but also Universal, who owns the movie rights to the Hulk. That would mean Disney is making a movie for Universal using one FOX’s characters alongside some of Disney’s and (if you wanna get real crazy) maybe Sony’s characters (i.e. Spider-Man), all in order to serve the interest of Disney, who can now use more of FOX’s characters in Disney movies in exchange for FOX getting access to Disney, Sony and Universal’s characters.

In short, it’s a good idea, but it would be a headache to execute.

So far we’ve covered the Fantastic Four and the X-Men’s potential place in Marvel’s films, but there’s still one other FOX-owned character left to discuss. Stay tuned for the final post in this 3 part series where we discuss Deadpool.

2 thoughts on “SBox Soapbox: How the X-Men Can Fit Into the MCU”