It’s September, and you know what that means. The Fall 2015 TV season is here. It’s a wonderful time of year where you’re most excited to turn on your cable boxes. For many of us, we’ll have one season premiere after another after another. Maybe you’ll try to pick up a brand new show which may become the next big thing. Whatever the case, it’s a good time to be be a TV surfer.

With that said, I thought I’d take this opportunity to talk about a different kind of show: web shows. And no, I’m not talking about Netflix or Hulu. I’m talking about independent programs mainly found on YouTube.

We don’t often discuss these kinds of shows like we do Game of Thrones or Doctor Who, but millions of us watch them. Many of the great ones last years and even decades. Unlike traditional or premium TV, these shows are made oftentimes with no budget by amateurs held back by no guidelines at all. Feedback may be a factor in some TV shows (like talk and variety shows), but nothing comes close to the feedback factor online. Above all, though, they’re often just as entertaining as regular TV.

So I thought I’d share some of my favorites with you today. Each show mentioned will include a link to see the show and how long they are. All shows listed here are episodic in some form, usually containing a central story or cannon. Please remember that this is just my opinion. Feel free to leave a comment recommending some of your own favorite web series.

Death Battle is a request-based fantasy fight show by ScrewAttack.

Hosted by ScrewAttack’s very own Wiz and Boomstick, they take two (sometimes more) characters from popular fiction, and use research, science and math to decide who would win a battle to the death. You first see each character’s stats followed by the actual battle.

Yes, it’s not the only show of its kind, but I’ve never seen a show do this concept this well. I think the humor is the best part of the show. Wiz and Boomstick are really entertaining characters. Ben Singer’s Wiz is the straitlaced, analytical guy while Chad James’s Boomstick is the wisecracking, laid-back guy. I also like the show’s educated approach to this concept. It comes off less like two nerds arguing and more like an experiment.

My favorite episode is Kirby vs Majin Buu (odd considering I’m not big on DBZ). I also love the Batman vs Spider-Man episode. Me and my brother still argue about that episode to this day. 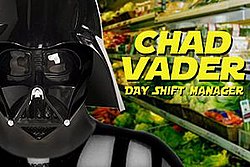 Chad, the younger and less successful brother of Darth Vader, is a day-shift manager at a supermarket called Empire Market. He strives to one day be the general manager of the the store, but for now must deal with various shenanigans and people.

It’s a silly concept meant to be a one-off sketch (like Employee of the Month meets Star Wars). Thanks to the first episode’s success on YouTube, it was allowed to become something more. Ironically, I saw this series before I even saw the Star Wars movies, yet I still got into the show. That’s because you don’t need to be a fan of Star Wars to get into this. Chad Vader slowly becomes much more than just a Darth Vader clone. He’s charming, clumsy, often moronic and short-tempered. And he grows with each passing season.

I think the third season was the best story-wise, but the first season was probably the funniest. 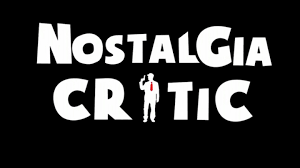 The Nostalgia Critic is a satirical review show hosted by Channel Awesome and created by Doug and Rob Walker.

The Critic (portrayed by Doug Walker) is a cynical, childish movie critic who discusses bad movies and TV shows from the past and (most recently) present. His review style is documentary/riff style, making fun of the film or show scene by scene while incorporating sketches and gags.

Alongside people like AVGN, The Nostalgia Critic is one of the pioneers of comedic internet reviews. He was inspired by the best and inspired the best, with his influence gracing similar internet review shows to this day. His commentary and delivery is what makes the show worth watching. The rage, the sarcasm and the toilet humor are combined in such a fantastic way… at least to me.

I know plenty of people don’t like this show, and I can see why. I’m also of the mind the show probably should’ve ended in 2012, but that doesn’t diminish what show once was. I don’t even mind the new episodes, because there’s some gems in there. I just think the old show is superior.

My favorite episode is actually pretty hard to decide. I’ll go with either the Care Bears review or the North. I’m currently catching up on the recent episodes of the series, so my opinion may change.

In the World of Smash, characters exist solely to fight in tournaments where the winner can meet with their god (Master/Crazy Hand) and have their wish granted. After the transition from Melee to Brawl, Bowser, a low-tiered competitor with a bad reputation, assembles his team hoping to escape the tier-based prejudice. Meanwhile, Mario joins the tournament, hoping to get revenge for what happened in Melee.

Basically, it’s an coming-of-age underdog story based on Smash Bros. I’m not big on machinimations but I like Smash King both for its story and humor. The point the show is trying to make is that tiers don’t mean anything (similar to power levels in DBZ), as the notoriously low-tiered Bowser starts to become a force to be reckoned with.

On that note, the Smash King characters are fantastic- easily Smash King’s greatest aspect. Every character is dynamic, but not unbelievable for that character. My favorite character is Captain Falcon, but Bowser is up there. They did such a good job making Bowser of all people relatable.

As for favorite episode, Episode 12 or 13, because it’s the part where all the characters and stories come together. 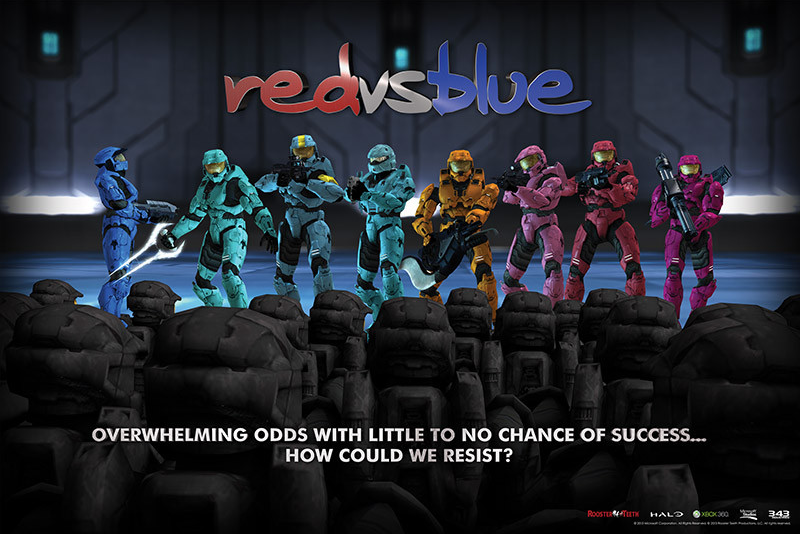 Red vs Blue is a Halo machinima series by Rooster Teeth.

During the massive space war of the Halo universe, two small armies fight for the most unappealing land in all of the universe, Blood-Gulch Canyon. The red and blue teams live on opposite sides of the canyon, and partake in battles, usually consisting of idiotic banter, on a daily basis. From time to time, the two teams join forces to fight a similar nuisance, but are eventually back at each other’s throats soon after.

That’s as basic as I can get without ruining anything. The story goes in multiple directions as time goes by, gaining a deeper story and new format. Through it all, though, it is still one of the most consistently hilarious things you’ll see on the internet. I don’t like Halo, but I love me some RvB. No matter what the story is each season, miniseries or PSA, you can always rely on these characters. They’re all funny in diverse yet similar ways, and they’re what make the show constantly high quality.

Fans usually pick sides they’d be on, and I choose Blue team. My favorite character is Church simply for his sense-driven rage. My favorite season is either 3 or Reconstruction (6), both involving the two teams coming together. Season 3 is the funnier of the two, and Reconstruction has the humor plus the story. If we’re talking phases, though, nothing beats Blood-Gulch Chronicles (1-5).

Hopefully I gave you all some good recommendation. Don’t forget to check them out, and let me know what you;re favorite Internet shows are.