Every year, the job of the game industry is to try and top the previous year in game releases. So far 2015 seems to be holding up that standard. Since E3 2014, we’ve been promised an excellent new year with game releases we’ve been clamoring for for a while, or ambitious new IPs to spice things up.

So as we say goodbye to 2014, a year with as much controversy and hype as possible, I wish to share with you some of the games I’m looking forward to most. This isn’t in any particular order.

Easy start off for this list. This is hands-down my most anticipated game of the year. I’m a big fan of Naughty Dog and of the Uncharted series. So rich in story, platforming, and adventure, This is everything I want and love from a modern day game. I’m especially loving some of the new mechanics like that chain-lasso. 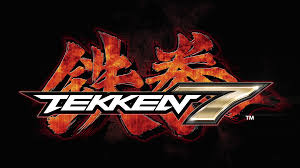 Oh yeah, time to show the world what I’m made of. Tekken is my all-time favorite fighting game series. (No, it’s not Smash Bros). I’ve been waiting for the next Tekken for a while so that we can further the story at long last. And with the Mishima story-line coming to an end, there’s no reason any Tekken fan should skip this game.

You know this is going to be awesome. It was one of the games responsible for my purchase of the PS4. It’s one of the most perfect concepts for online gaming. Everyone starts on their own planet, and then you explore the galaxy doing whatever you want. I can’t wait to dive in.

Another indie game I’m looking forward to is the successor to Megaman. I love the classic Megaman games, particularly Megaman II and X. I am still kicking myself for not donating to the Kickstarter so that I could get the beta key a few months ago. All well! I can still play the game in full soon.

This one comes out soon thankfully. I know zombie games are a dime a dozen at this point, but tell me this doesn’t look like fun. It looks like a combination of The Last of Us and Dead Rising. By day it can be the action-packed, trigger-happy Dead Rising type of game. By night, it’s a stealthy, nerve-wrecking Last of Us. Plus, the extra maneuverability should spice up the gameplay.

This ought to be great. If Nintendo could manage to reinvent and revamp Star Fox, which won’t be too hard when considering what the Wii U brings to the table, this can be THE Nintendo game of 2015. We don;t have much information yet, but I’m dying to know, and so I wait.

Ori and the Blind Bandit

Finally got to a Xbox One game. I really want this game to be good. I don;t know why I was so intrigued, but I was. Seeing gameplay footage, I see that they’re trying to reinvent the wheel with they’re “never having to touch the ground” concept. I’ll be sure to give it a try.

These Arkham games are always the best things ever it seems. This is the game that made me more invested in Batman lore. And the thought of the already open-world Batman game allowing you to use the Batmobile is just the cherry on a fantastic sundae. I already know I’m getting it, because my little Batman-fan of a brother has it pre-ordered. Can’t wait till then. 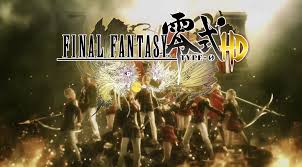 When it comes to RPGs, I’m an action-RPG fan all the way. Turn-based RPGs and I usually don’t mix very well. Therefore, I never properly found my way into the Final Fantasy series. (My first Final Fantasy game was XIII-2. Bad decision). This game grants me the long-awaited opportunity to finally play and like a Final Fantasy game. Let’s hope!

Rise of the Tomb Raider

I love the new Tomb Raider game (but I still need to beat it), and am glad to see them pursue the game series. Can’t comment too heavily because I haven;t seen gameplay footage yet, but I’m sure it will be a worthy successor to what was an excellent action-adventure platformer.

These some of the games I’m looking forward to most in the coming year. I didn’t count games that have a possibility of coming out in 2016 or beyond. However, if I did:

During 2014, I had the privilege of playing Kingdom Hearts for the first time. Kingdom Hearts 1 is now one of my favorite games ever, which places Kingdom Hearts III in need of filling some pretty big shoes. Comparing the first game to the very little we’ve been shown so far, I’m sure KH fans are in safe hands.

Like Kingdom Hearts, and as previously stated, I’ve been looking to get into the Final Fantasy series for years now. I’ve also stated that I am more of action-RPG kind of guy. This makes FFXV look like the answer to my prayers. An open-world, action-heavy RPG. Count me in.

During the PlayStation Experience this month, one of the last games presented was a game from the creator of Twisted Metal. I love the look of this game. A third-person shooter taking place in a teenager’s notebook. This looks like a blast.

That does it for me for now. Let me know in the comments which games you’re looking forward to in 2015. Give me some suggestions on what to look out for as well. I hope I’ve done the same for you.

I’m SBox180. Thanks for reading, and have a Happy New Year!

One thought on “My Most Anticipated Games of 2015”